Made in Canada: Workplace Innovations with Canadian Roots

Taking a look at some of the Canadian inventions that changed the workplace. 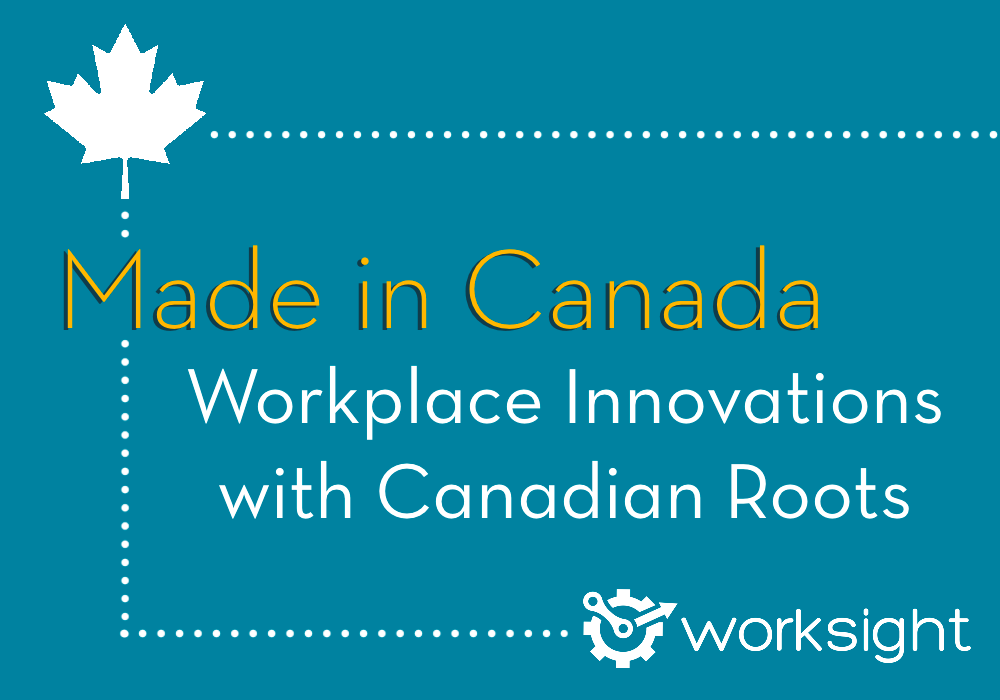 The first, oldest, and perhaps most prominent item on our list is the telephone. While it’s highly debated over who invented the telephone, the most widely accepted belief is that it was Alexander Graham Bell. Born in Scotland, Bell’s family immigrated to Canada when he was a teenager. He lived and worked in various places in both the United States and Canada, but the first official phone call was in fact made in Canada (Brantford, Ontario to be exact) on March 10, 1876.

Now a staple of any work environment, it’s easy to see how the telephone has impacted the modern workforce. The ability to communicate instantly with clients and employees both boosts customer support activities and provides stronger communication among staff.

Spending a night at a train station has rarely ever had global consequence, however, for Sir Sandford Fleming it was one such night that inspired the standard time system we still use today. Prior to International Time Zones, each major area would set its own clocks based on astronomical conditions. After missing his train due to a discrepancy in time, he aided in the establishment of a standardized time and the formation of time zones. He pitched this idea at the International Prime Meridian Conference in 1884, and it’s been a global standard ever since.

Today, scheduling international meetings or webinars would be immensely more difficult without the International Time Zones. Even just in Canada, scheduling employees across various provinces is simplified due to the work of Sir Sandford Fleming.

Okay, so the radio wasn’t made in Canada. However, much of the foundational work of today's radio was done by Canadian-born inventor, Reginald Fessenden. After years of working with the Edison Foundation, Fessenden patented many of his own inventions in the realm of telephonic communication. In 1900, Fessenden made the first voice message over the radio. In 1906 he improved his technique so well that on Christmas Eve, ships were able to broadcast the first transatlantic radio message. Fessenden’s other work included the foundations of modern sonar technology and major improvements on Edison’s first commercial lightbulb.

Though perhaps not the most obvious resource used in your office (unless you also listen to the classic rock station on your lunch break) the radio has left its mark on the modern workforce. Many modern distribution channels still rely on radio technology for communication and navigation, and the work of Reginald Fessenden is a major contributor to the fact that your products arrive where they need to be.

Though the pager was actually first used in the 1920s by a police force in Boston, the patent for the telephone pager was granted to Canadian-born Alfred Gross in 1949. Also inventing the Walkie-Talkie, Gross had a large interest in telecommunication at a young age. While Gross was granted the patent in the late 1940s, the pager wasn’t approved for public use for almost 10 years, eventually reaching the consumer market in 1958. By the 1980s the pager was a wide-spread staple of the professional environment with over 3 million users. A decade later the pager had a wider range of reach allowing users to take it off-site, and still be reached.

While no longer as popular as it was in the 1990s, the pager was and still is, a major player in the world of workplace communication. As of 2017, 80% of hospitals still use pagers. Perhaps it’s not directly related to your own space, but good communication in hospitals is something we definitely all benefit from.

We couldn’t leave this one off the list! Created by Resonance Software, Inc, WorkSight contains a number of modules all of which build out from the core solution of scheduling employees in a shift work environment according to specific labour rules. Resonance Software, Inc. has existed in various forms since 1993 and is currently operating in Nanaimo, Canada. With a goal to organize the world around work, WorkSight aims to leave a mark on the world of Workforce Management.